The Cities located in the Coachella Valley, are all unique in their own way.  The Westerly City of Palm Springs, is contiguous to Cathedral City, which borders Rancho Mirage.  Palm Desert and Indian Wells are our most Centrally located Cities.  Our beautiful Eastern Valley is made up of La Quinta, Indio, Coachella, Thermal and Vista Santa Rosa. 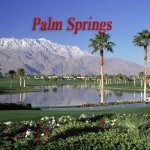 There are over 130 hotels and resorts to choose from.  Their styles range from mid-century marvels, modest bungalows, historic bed and breakfasts, private villas and condos or Luxury Leases and Resorts.   The Palm Springs Village Fest is held every Thursday evening, and transforms downtown Palm Springs into a diverse array of art exhibits and demonstrations, food, and street activity.  There is a lively Farmer’s Market every Saturday from 8-12 pm in front of the Camelot Theatres. 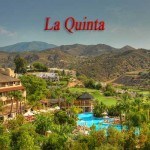 Located between Indio and Indian Wells, La Quinta is a cozy desert resort community with a population of just over 37,000 people.  The diverse City of  La Quinta, is one of the desert’s newest cities, incorporated in 1982.  It “feels new”, and with the median age of just 36, La Quinta has a youth to it.  La Quinta is recognized for it’s world class events, such as Golf, Polo, Tennis, and Show Jumping, as well as it’s thriving Art Community.  La Quinta is experiencing phenomenal growth, and still offers some of the best price/sf values in the Valley.

La Quinta is one of the few Cities in the world that pretty much sprang up from a Hotel..now known as the La Quinta Hotel and Spa Resort.  The La Quinta Hotel was opened by Walter Morgan in 1926, and soon became a sanctuary for the Stars.  It still is a preference of many when they come to visit the desert. 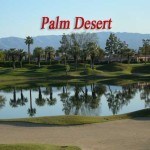 Located just 11 miles east of Palm Springs in the Coachella Valley, Palm Desert is one of the largest communities on our list with a population of just over 48,000 as of the 2010 census.  The City of Palm Desert, incorporated in 1973, is centered in the heart of the Coachella Valley, West of Indian Wells and East of Cathedral City.  Five Star Resorts to budget friendly hotels, world class golf to incredible art and architecture, Palm Desert is truly an oasis in the Desert.

The Living Desert Zoo and Gardens is not to be missed with it’s array of animals living in natural-like habitats, as well as it’s Holiday events.  Home to several Adventure Tour companies, travel the Desert terrain in either jeeps or hummers and learn as you go.  Part of the Art in Public Places program, there are over 130 works of art showcased throughout the City.  If you’re in the mood for Theatre, try the McCallum.  Great shows and fantastic acoustics.

The Desert’s version of Rodeo Drive, El Paseo, is located in South Palm Desert and has something for everyone.  Art Galleries, fine dining, music, Designer shopping boutiques, The Garden with it’s indoor/outdoor shops, all join together to create a magical desert experience. 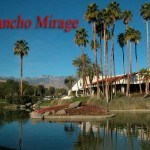 Because of it’s proximity to both down town Palm Springs, home to “restaurant Row”,  as well as multiple golf courses and shopping, Rancho Mirage is a treat for anyone.  With the addition in the 80’s of the Marriott’s Rancho Las Palmas, which is across the street from the spectacular “The River” outdoor shopping and dining mall, Rancho Mirage is the winter retreat of choice for many of the desert’s snowbirds. 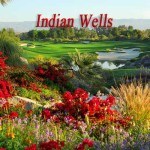 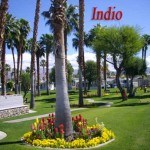 Indio is the largest city in the Coachella Valley with a growing population of over 85,000 residents. 2022 has seen the ever increasing values really hit Indio!  Homes, equestrian Estates and vacant land whether it’s entitled or not, in the Opportunity Zone or not, is going up!  Indios’ Western border is La Quinta, and to the East is Coachella.  It’s rich, cultural heritage can be seen in bold, colorful murals that embellish buildings throughout the City.  The Coachella Valley History Museum helps to explain the History of the beautiful city of Indio.

Indio is known as The City of Festivals.  Hosting 8 annual festivals, including the Southwest Arts Festival in January,  Kennel Club Dog show, National Date Festival and Riverside County Fair in February, the enormously successful Coachella Valley Music & Arts Festival in April, as well as the Stagecoach Country Music Festival.  Finish the Festivals off with the Indio International Tamale Festival in December.

Indio is also home to one of the largest Polo Clubs in the United States, the Eldorado Polo Club.  The Horseshow in The Sun competitors come from all over the world to show their horses.  Don’t forget Golf because there are many lovely courses to play, including the 6 at PGA West. 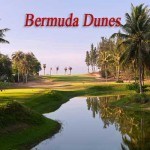 Bermuda Dunes is an unincorporated area of approximately 7500 residents in approx. 2.9 square miles.  An ideal location North of Hwy 111, and a short overpass ride to the Interstate 10, Bermuda Dunes even has it’s own small airport!  Bermuda Dunes is known as a Rural area as there are many small horse zoned communities and small ranchettes.

Bermuda Dunes Country Club is one of the best values for a golf course community in the Palm Springs Valley.  This country Club has the longest running involvement in a major tournament, the Bob Hope Chrysler Classic since it began in 1960!  The Country Club has been home to such celebrities as Clark Gable and Arnold Palmer.  This Traditional style course has been played by celebrities and professionals from around the world, and the member and guest services are absolutely stellar!

Our Beautiful Eastern cities of Thermal, Coachella & Vista Santa Rosa remain the Agricultural center of the Coachella Valley.  Large Date Farms, Agricultural Farms and Equestrian Ranches abound at this end of the Valley.  Land prices have recovered, and current Price/Acre pricing has climbed steadily over the past several years.  If you’re interested in Investment Land, Farm Land, Land to Bank, or Equestrian opportunities, our Easterly cities are the ones to explore.

Coachella Valley Retreat For Sale.  $1,875,000.  This incredible 2 acre parcel is so unique and … END_OF_DOCUMENT_TOKEN_TO_BE_REPLACED

Coming Soon in the Coachella Valley.  Some new properties are coming up in our beautiful eastern … END_OF_DOCUMENT_TOKEN_TO_BE_REPLACED