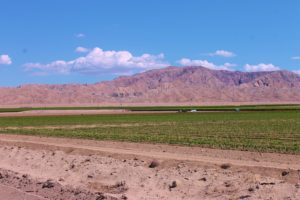 Our Eastern Valley Coachella Paradise:  The beautiful, open, peaceful Eastern Coachella Valley is experiencing a renaissance.  I am showing and selling Homes, Homes on small land parcels, homes on larger parcels, working Farms, and Vacant Land Parcels in our Eastern Cities.  Indio, Coachella, Thermal, and Vista Santa Rosa are not new to us lucky Locals, but they are just being discovered by visitors, vacationers, Equestrians, and farmers ans developers.  If you want to get in on the Eastern Coachella Valley explosion, either as a buyer or seller, give me a call at 760-285-3578.

The Hideaway Club in La Quinta

What’s the reason the Eastern Valley cities are now on the map?  Well..timing for sure.  I’ve been in the desert Valley for over 35 years, so it’s not news to me, but people move where the action is.  They also move there, if they’re smart. BEFORE it’s so developed that the prices are out of reach!  The “Action”, is multi-varied and constant.  Equestrians have known for years how perfect our Eastern cities are for horse activities.  International Polo Competitions at the Eldorado and Empire Polo Clubs in Indio.  Golfers have also been very aware of the 120+ courses in our Valley, and the real estate available, such as PGA West, The Hideaway, Madison Club, Tradition, Andalusia and many other East Valley Golf Clubs.

Take the tour of one of the best, 20 acre working ranches in the Eastern Valley City of Thermal.  The property has new fencing around the perimeter, a large Mobile home with extended porch and a new septic system.  There is a remodeled guest cottage with 2 bedrooms and 1 bathroom.  Add a 10 stall barn with a grooms’ quarter, a large Hay Shed, and pastures and fabulous VIEWS!!!  The tour is below…

Coachella Valley Event Sites for Sale.  What is an event site?  What do people use an event site … END_OF_DOCUMENT_TOKEN_TO_BE_REPLACED

Desert Farm, Housing & Equestrian Update:  2020 has proven to be a big year in the real estate … END_OF_DOCUMENT_TOKEN_TO_BE_REPLACED