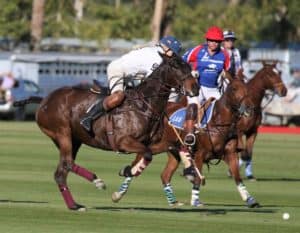 Polo Season ended early, and the summer season has begun!

Polo Update for 2020 summer.  As with every other aspect of our world, the Polo world has been turned on it’s head by this Virus.  The Polo season ended early this year, it got shut down in Mid March.  Doesn’t look like the summer season is going to be normal either, but there is going to be polo activity at various clubs, just without witnesses..I mean crowds!

Polo Update for Summer 2020:  So what’re the various polo clubs doing to deal with the Virus?  The USPA has sent out a directive suspending all USPA tournaments until May 15.

Santa Barbara Polo Club:  The summer schedule is currently delayed until July.  I know there are players at the club right now, and there have been practice games played at the surrounding private clubs.  I’m told there will be games, that everyone is wearing masks and keeping their distance from each other, and there will not be spectators coming to the games.

Aspen Polo Club, Carbondale:  Summer schedule usually begins early June, and they are tentatively hoping they can stick to it.

Polo pretty much everywhere has been pushed back to a later start if at all.  I would guess that with the Virus still active, they’ll continue to monitor State directives.  Private polo clubs will play, maybe with just 3 on a side..but the public will not be coming due to social distancing.  For any of you polo players, or land investors, there are some cherry parcels available for sale in the Coachella Valley.  It’s going to turn into a buyers market..so there will be deals to be had here in the Valley.  Land in this video is available for approx. $50-$75,000/acre.

What to do in the Coachella Valley heat?  It's HOT here in the desert right now.  Key word being … END_OF_DOCUMENT_TOKEN_TO_BE_REPLACED

Sellers are getting stubborn!!  We all know it's a sellers market here in the Coachella … END_OF_DOCUMENT_TOKEN_TO_BE_REPLACED