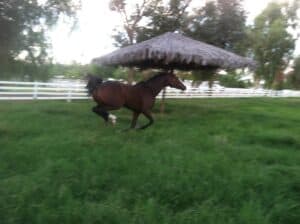 Galloping into 2023 in the Coachella Valley!

Coachella Valley Real Estate; 2023?  Well, things are cooking along here in the desert in 2022.  We generally see a summer heat lull in sales as we just don’t have as many buyers coming in to look, and sellers often wait to list until October or November.  Sales are still happening here of course, and I haven’t seen the price points slipping much..we are still a resort area, so not hit as hard as many other areas.  If you are thinking of buying or selling in the Coachella Valley, give local realtor, Kim Kelly a call at 760-285-3578.

PRICES: The August’s median price of a detached home in the Coachella Valley fell to $682,000 from $710,000 last month, but it’s
still up 17.4% year over year. We have entered the seasonal period when home prices usually slow, or even decline, so some of
this decline is seasonal but most we believe represents the general corrective turn that is occurring in home prices everywhere.
The median price for attached homes in August was at $467,500, which is down again from the previous month but up 25.1% year
over year. Year-over-year gains in detached homes are still large and range from 45.9% in Indian Wells to 15.6% in the city of
Coachella. In the attached home market, two cities continue to have gains over 40% – Desert Hot Springs and Bermuda Dunes.
SALES: Home sales have been falling dramatically. The three-month average of sales in August was 674 units a month, which is
lower from a year ago by 31%. The largest declines were again in the cities of La Quinta and Palm Desert, where sales were down
42% and 34% respectively. The cities of Bermuda Dunes, Deseret Hot Springs and Indio experienced much smaller sales declines.
Only the cities of Coachella and Thousand Palms had the same or higher sales numbers.
INVENTORY & “MONTHS OF SALES” RATIOS: On September 1st, Valley inventory was 1,593 units, which is 757 units more than
last year. After surging for three months, inventory has stayed around 1,600 units for the last two months. Some of this is
seasonal, and we expect it to stay at this level for another month or so. Then, if seasonal forces continue, it should start to grow
again, possibly reaching 2,500 units by February. The Valley’s current “months of sales” ratio is 1.9 months, which is the same
ratio as last month. The ratio remains considerably below 3.0 to 3.5 months, which is normal for late-summer.
DIM: At the end of August, the median number of “days in the market” in the Valley was 28 days, which is three days more than
last year. We believe we’ve seen the lows in average selling times and expect this metric to rapidly increase back to 50 or 60 days,
which is normal for the region. The city of Desert Hot Springs continues to have the lowest median selling time for detached
homes at 19 days, followed by Rancho Mirage, Cathedral City and Indian Wells at 23 days. In the attached market, Indio has the
shortest selling time at 11 days, followed by Cathedral City at 18 days.
PRICE DISCOUNTS/PREMIUMS: At the end of August, 36.1% of sales occurred above list. This compares to 51.1% a year ago.
We fully expect that, by the end of the year, the ratio will be back to past norms at around 10%. The cities of Coachella and Desert
Hot Springs have the highest average selling premiums for detached homes at 1.4%, followed by Indian Wells at 1.1%.

Take a tour here of a really great 9+ acre gated, private equestrian estate in Deer Creek, Thermal, CA.  Asking price of $2,995,000, there is a custom adobe home, gorgeous pastures for turnout, plenty of space to add a barn of your dreams, and direct access to Avenue 61 via a private entry.

Coachella Valley Retreat For Sale.  $1,875,000.  This incredible 2 acre parcel is so unique and … END_OF_DOCUMENT_TOKEN_TO_BE_REPLACED

Coming Soon in the Coachella Valley.  Some new properties are coming up in our beautiful eastern … END_OF_DOCUMENT_TOKEN_TO_BE_REPLACED