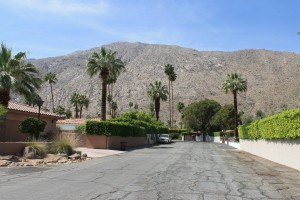 The Coachella Valley offers mid-century Modern Homes in desert cities other than just Palm Springs. The recent re-awakening of our love for anything mid-century, has swept the Coachella Valley.  One of our most popular tourist events is our Modernism Week.  During the week, tours of  mid-century Modern homes designed by the likes of Donald Wexler, and William Krisel, are offered to the public.  Walking neighborhood tours are also featured, but because the Modernism week is based in Palm Springs, many people don’t realize how many of our Coachella Valley cities offer spectacular examples of this architectural style. If you’d like to check out some of our mid-century modern home areas, give Kim Kelly a call at 760-285-3578, or send me an e-mail at kjkpolo@gmail.com

Rancho Mirage Neighborhoods offer mid-century modern Homes for Sale:  Rancho Mirage is one of our Coachella Valley’s most centrally located neighborhoods.  Several areas of Rancho Mirage offer the wildly popular mid-century style that is driving so many sales right now.  One of the most popular is Thunderbird Heights, located on the hillside of Rancho Mirage, overlooking the Valley.  Popular since the rat pack days, housing styles are eclectic, and many homes built in the 50’s and 60’s are available.  Fixers and re-modeled.  Across the street is the Thunderbird Country Club, and it also offers some lovely examples of this popular architectural style.  Just outside the gates of the Country Club are some small communities, with William Cody, and Wexler homes scattered about.  The Tamarisk Country Club is well known for it’s varied styles, including mid-century Modern.  Rancho Mirage also offers some new build contemporary communities. 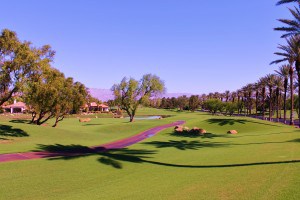 Indian Wells possibilities:  Smack in the center of our Valley cities, rests our priciest on a per square footage basis, of cities..Indian Wells.  The very popular Indian Wells Country Club, is the site of many mid-century modern Condos and homes that were built in the 50’s, and 60’s and there are plenty of remodeled properties to see.  There are even some custom homes with contemporary updates and finishes, both on fairway and off. A fantastic location, great views, low to NO HOA dues, and great resident perks sets this city apart.

La Quinta Mid-Century Modern Options:  La Quinta offers several mid-century modern areas to explore.  The La Quinta Country Club has some wonderful homes, both on and off the fairways.  Still a few fixers available, and some remodeled homes as well.  The club began in 1959, so there are plenty of this type of architectural properties to look at!  The out lying La Quinta Cove has some mid-century homes, and there are some hidden amongst the La Quinta CC outlying areas.  If you’d like to explore the options, give Kim Kelly a call at 760-285-3578!

Toscana CC, Indian Wells Jewel:  Indian Wells is in itself one of the most beautiful of our Desert … END_OF_DOCUMENT_TOKEN_TO_BE_REPLACED

18+ Acre Equestrian Acreage in the Coachella Valley:  Located right on the edge of La Quinta, across … END_OF_DOCUMENT_TOKEN_TO_BE_REPLACED

Andalusia Country Club Beauty;  Just REDUCED.  This is the one you have been waiting for at 81647 … END_OF_DOCUMENT_TOKEN_TO_BE_REPLACED